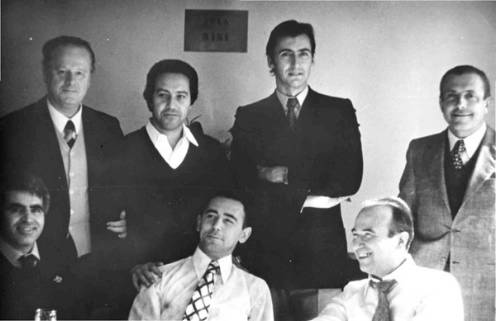 The Italian Society of Periodontology and Implantology (SIdP) was born in Rome December 18, 1979 between the undersigned:

As an Association SIdP aims to promote the study and scientific research in Periodontology and inherent biomedical disciplines. It must also promote the inclusion of the discipline in the institutional programs of the Universities and of the National Health Service and operate so that adequate means of health education should be designed to raise the population awareness of periodontal health problems. The Association has no commercial or profit purposes.

In April 1980, the Assembly of the Founders of SIdP meets and on that occasion the members of the Italian Study Group of Periodontology are appointed as Active Members; Constitution and By-laws are read out; the Commission for Acceptance of Active Members, the Commission for Cultural Activity and for Relations with the National Health Service and the Editorial Commission are appointed; the President, the President Elect, the Vice President, the Secretary and the Treasurer are elected for a two-year term.

In November 1992 the European Federation of Periodontology (EFP) certifies that the SIdP meets the Aims, Objectives and the Constitution of the EFP.

The cultural program of the Italian Society of Periodontology and Implantology has been always well cared. Every second year a National Congress and an International one have been organized where, thanks to the intervention of foreign speakers known around the world as well as of valuable Italian speakers, the most current topics in the field of periodontology have been treated. Countless were also the updating and refresher courses held in these years.